The exhibition “Solid Acts – Design from Croatia” will present the new design scene from Croatia at the Milan Design Week 2013. 30 Croatian designers will showcase 32 works in Superstudio Più – The Temporary Museum for New Design 2013 (Zona Tortona) from April 9 to April 14, 2013. The exhibition was devised by Tatjana Bartakovic and is organized by The Centre for Design of the Croatian Chamber of Economy. 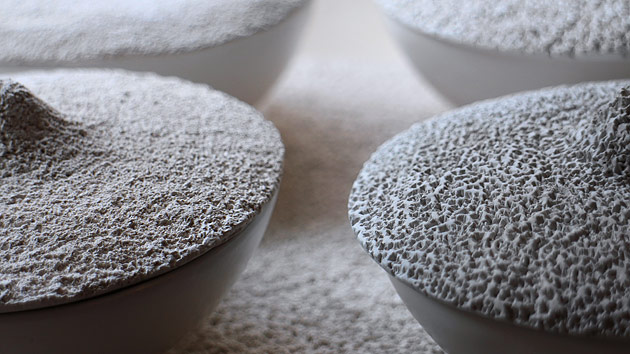 The solid ground in common to the design stories highlighted in Solid Acts imparts new life to craftsmanship, to the use of local materials and manufacturers, thus giving Croatian tradition a contemporary expression through its new design, marking a perspective for sustainable development. 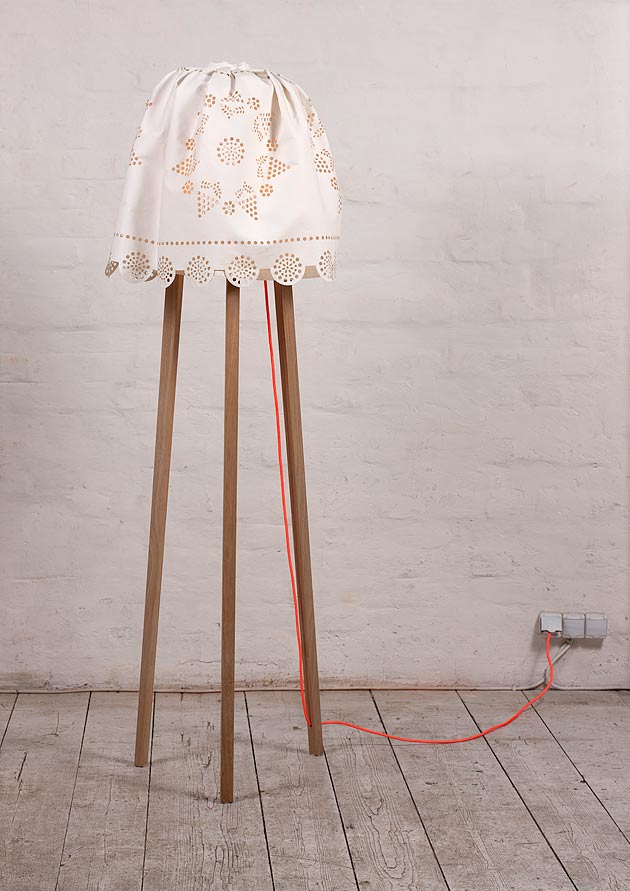 The exhibition has been devised by Tatjana Bartakovic, editor-in-chief of Design Agenda. As well as writing about design, she has long experience in design advocacy and cultural management, as practised in Narativ Ltd. 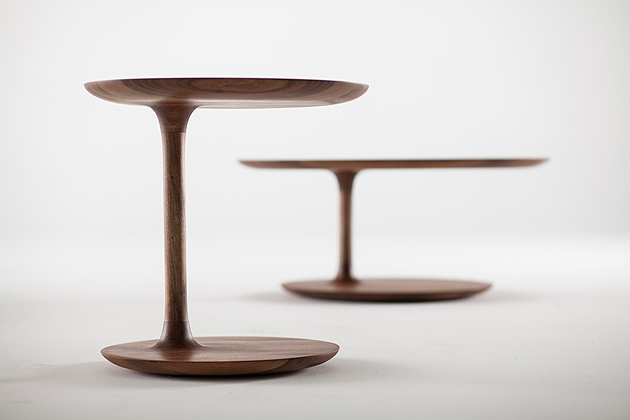 She has selected 30 Croatian designers and 32 of their works, and classified them into 9 thematic units: Born of Architecture, Characters in Solid Wood (Elementary, Tactile, Sensible), Everyday, Forms of Lights, Handcraft Pure, Interplay, New Forms of Known, Sleeping is also Living and Tradition Revisited. 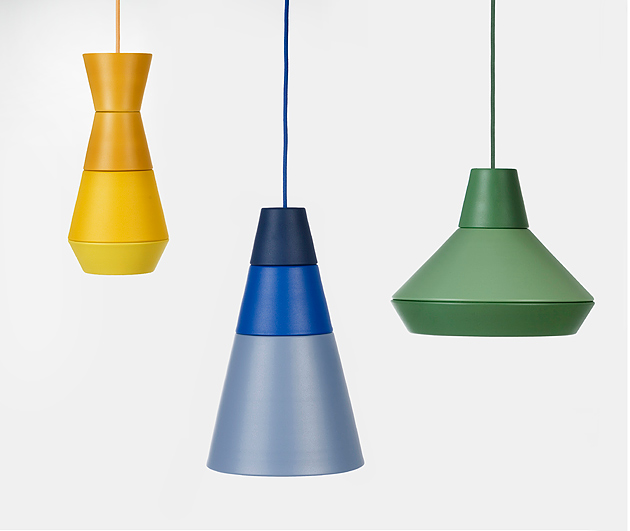 The background of the Solid Acts

“Involved at the macro level were three scenarios or design development platforms, which had not previously been in existence to any great extent. One of these consisted of architectural projects that set off the creation of original Croatian product designs for their interiors; the second was the furniture industry; the third was independent designer production in limited editions.” – explains the author of the exhibition, Tatjana Bartakovic. 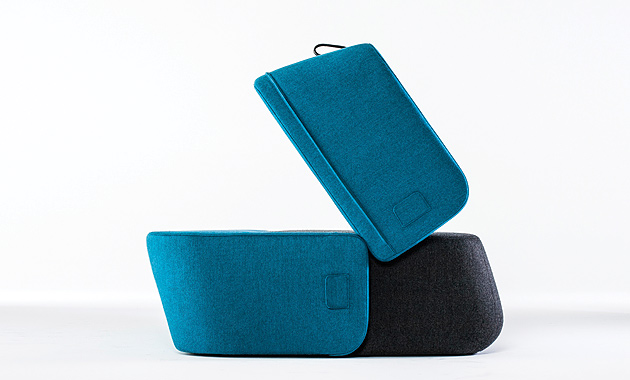 Croatian product design is today much more substantially grounded in production than it was just five years ago. In fact, it was during the time of the economic crisis that the key breakthrough of internationally notable projects occurred. They became, as it were, icons of the renaissance in Croatian design. – she continues. 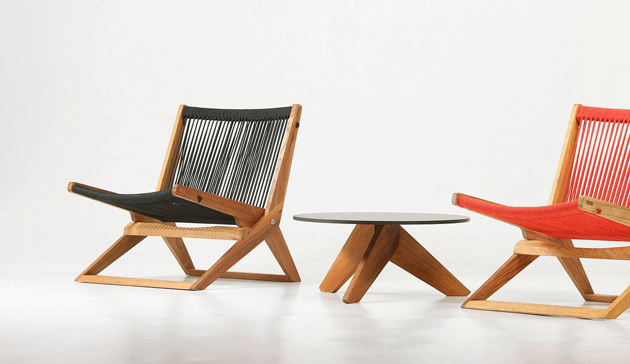 XL folding chair (Element / Intera) was primarly designed (by Numen/ForUse) for the interior of Design Hotel Lone (Maistra, Rovinj – Croatia). The XL’s lifespan was subsequently extended by its being taken into the sphere of private interiors. Hotel Lone was designed by 3LHD Architects. Photo: Vanja Solin.

However, a common denominator is the high percentage of handcraft involved in the production, with, in most cases, only a minimum of technology, the place of which is taken by design. 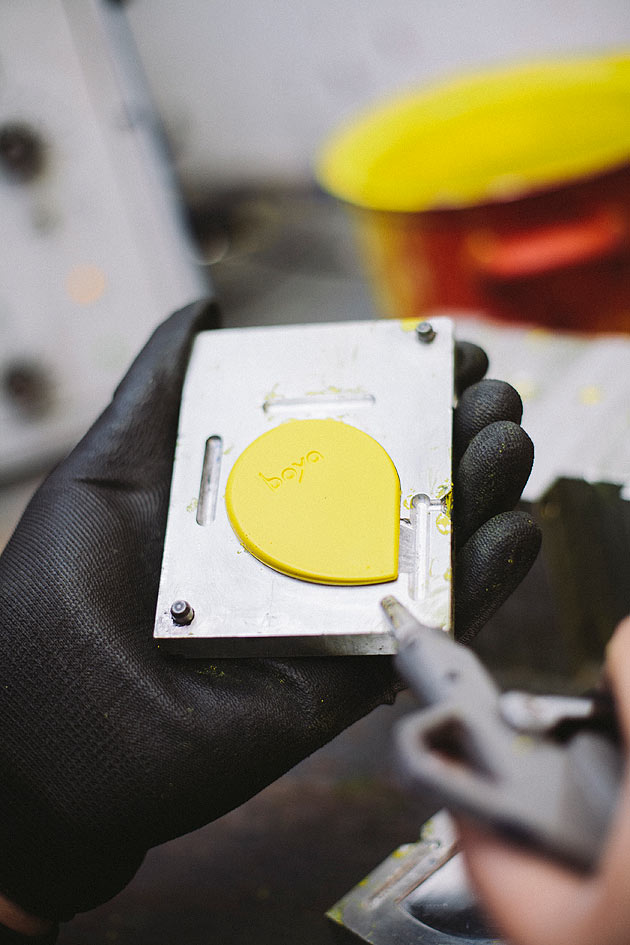 Boya crayons are an invention of designer herself. Designed and produced by Maja Mesic. Photo: D. Kunic.

The works communicate the Croatian natural and cultural heritage – including the tradition of producing furniture in solid wood, the use of local resources, inspiration by natural and cultural motifs in the form of contemporary objects and finally architecture, which generates new products to support its own basic qualities. 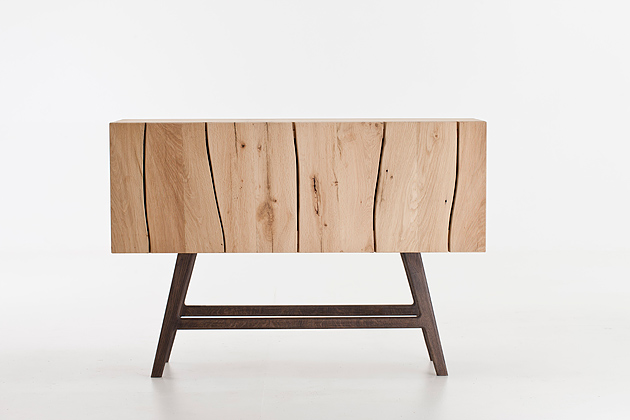 Iža, wine cupboard is a tribute to the traditional rural wooden house of the Sava valley area in Croatia. It’s made of the century old oak of a demolished house. The authentic irregularity of the material, considering its organic origin gives a rustic and restrained expression to the furniture. Design and handcraft: Luka Jelusic. Photo: Sinisa Gulic.

Arshany (Hrastico) is a chest designed by Krunoslav Kovac. The design brings out the property of the recycled wood – well preserved oak and elm – once component parts of the material of the traditional rural houses and byres. Photo: Marko Kovac.

Luka Mjeda, Director of the Croatian Centre for Design, that organizes the exhibition in Milan supports the main concept: “As Croatia went through the transition from a centrally-planned to a free market economy, design emerged as a useful and indeed essential tool in the creation of new products for the global economy. 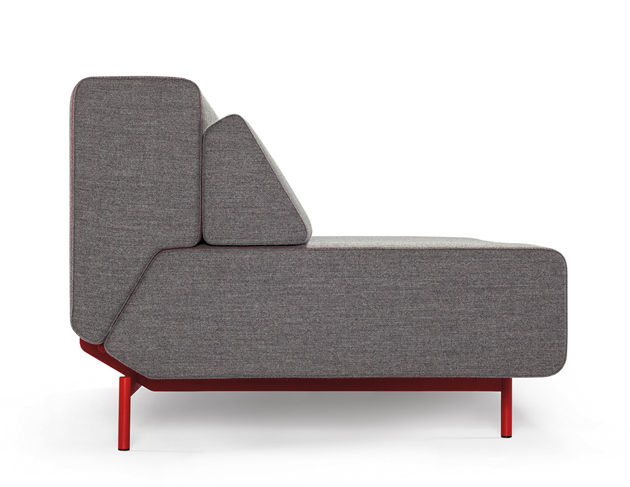 The newly established School of Design produced numbers of highly-trained designers, who proved to be market-oriented, free-spirited, alert and, we believe, worthy of international recognition in the design community. In 2013, the year in which Croatia is joining the EU, our designers will show that the European Union is our natural environment.” 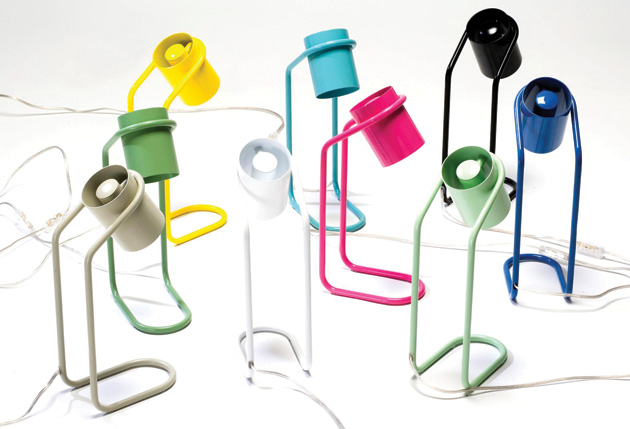 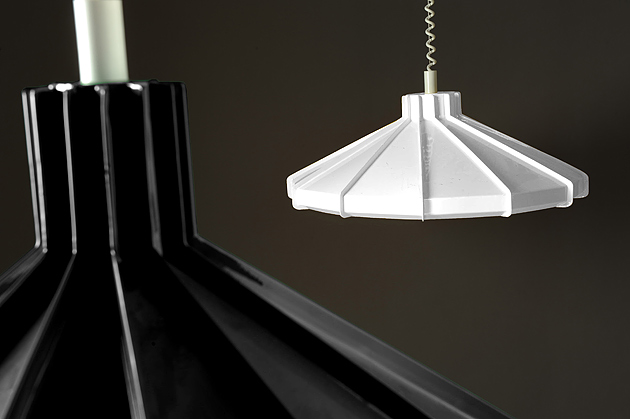 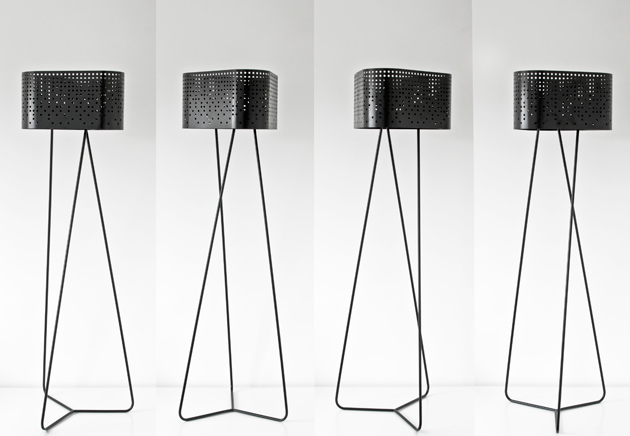 ThreeLite is a floor lamp designed by MVA Architects (Marin Mikelic, Tomislav Vres), that originally came into being as an integral part of the architectural project for the Hotel Well, Terme Tuhelj (Spa) in Croatia. Photo: Ivan Dorotic. 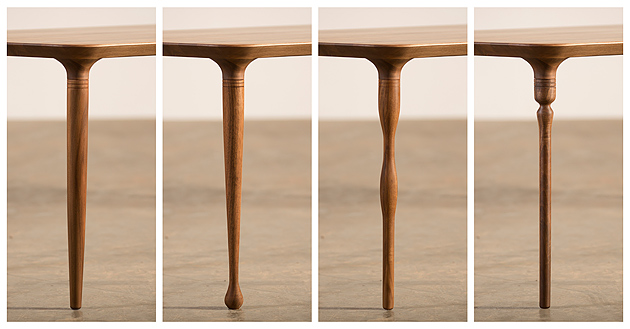 4 different legs for one table are the main feature of Pasha table (Artisan) designed by Zoran Jedrejcic, Croatian designer with Italian professional background. 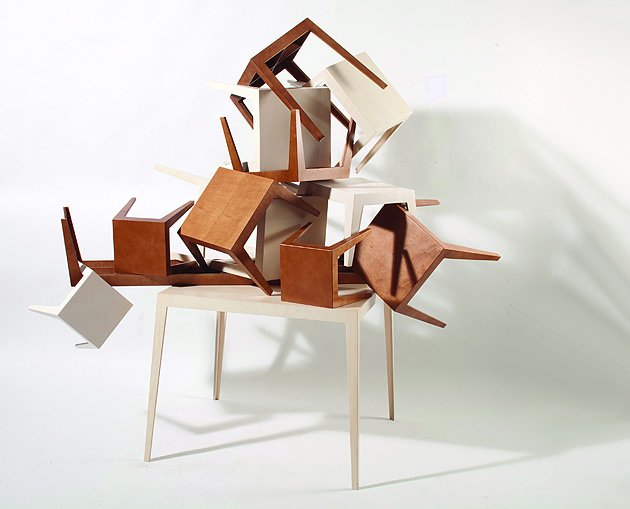 Quadrupedia is a collection designed by Ksenija Jurinec and inspired by the kitchen stool and traditional wooden toys. It’s a system that contains bar chairs, stools, benches and tables. Photo: Dag Orsic.

The Krtz! walnut-cleaning knife is an innovative solution by Tea Jankovic that simplifies the procedure of opening up a walnut. Photo: D. Kunic. 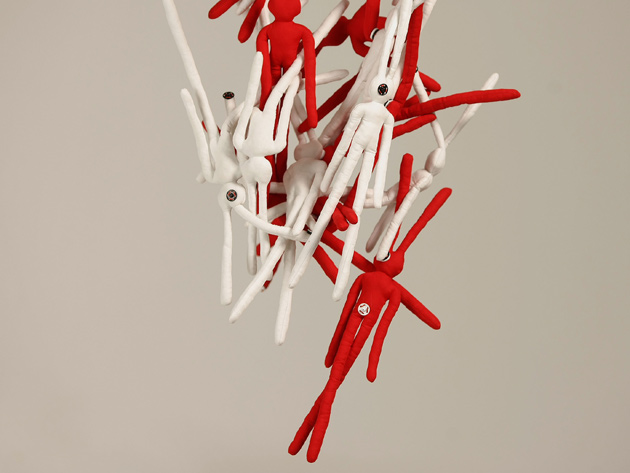 Here a Hare, There a Hare is primarily a collection of toys in the form of visually simplified hares with press-studs, which at the same time work as a multifunctional object. Designed by Maja & Mejra Mujicic (Little Horse and Baby Beuys). Photo: Vanja Solin. 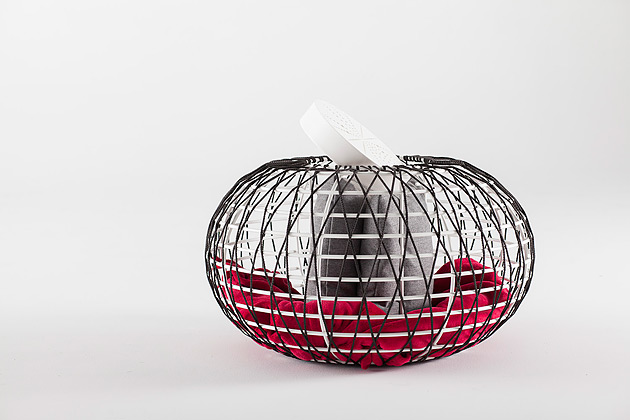 The concept of the Void coffee table (Nikolina Jelic design) iderives from the structure and function of lobster-pots; the identity of the table is made visible in the diamond shapes that come into being by the crisscrossing of ropes. Photo: d. Kunic. 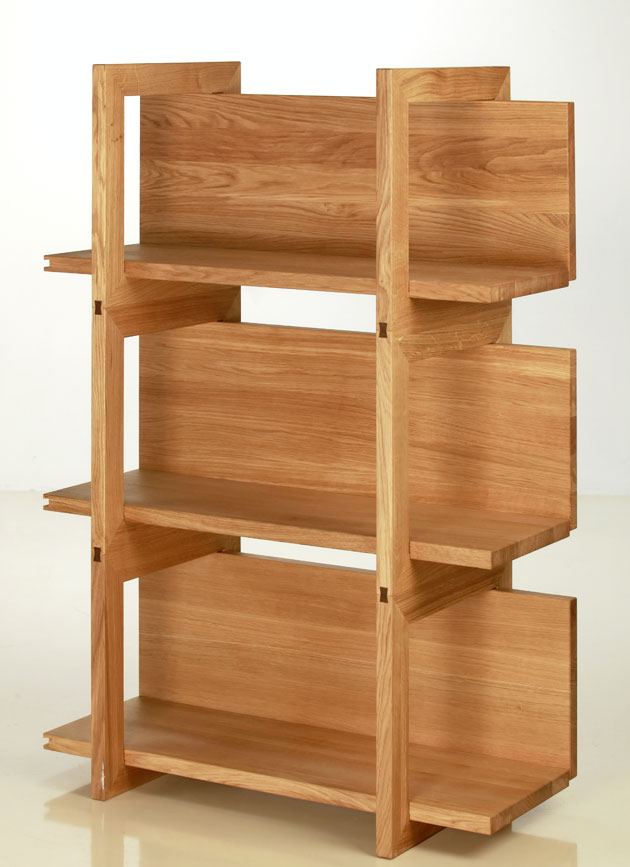 Lako by Ada Kezic (Wood Cluster of NW Croatia) is a system of chairs, benches and shelving of solid wood. It consists of square frames, transverse elements and panels joined together with a modified classical dovetailing joint and without any metal fastenings. Photo: Drazen Lapic.