Despite current economic turbulences some companies have not only shown perseverence but achieved success on the market, while the crisis has only chipped but not destabilized them. The German company Wilkhahn is an example how continuous investment into innovation, some boldness and culture of knowledge can turn you into market leader.

The German company Wilkhahn, producer of office furniture, achieved a 25% rise in 2010 and a 16% rise in 2011 thanks to its business model. The dynamics of the office furniture market implies that at the end of the year Wilkhahn reached its own sales record from 2007 (before the recession) in the amount of 94.6 million euros. For two years now, ON (design: wiege), the chair that won them a prestigious global market position, accounts for 35% of their sales. Experts believe ON to be the best office chair in the world. It received the most prestigious awards as Best of Competition at the NeoCon 2010 and the German Design Award 2011, the award of all rewards.

Wilkhahn has been investing into innovation for decades – not only in the field of technology, but most of all regarding innovative thinking and strategic positioning – in short, they continued following new routes. In a time of global economic unstability, even small and middle ranged companies from countries with a high labour cost have had success on the global market through excellence of their products and their corporative culture. They’ve proved that long term planning through innovation and a mature use of design are profitable. Such culture is a inalienable part of business and all its employees, activities, tangible and intangible goods. 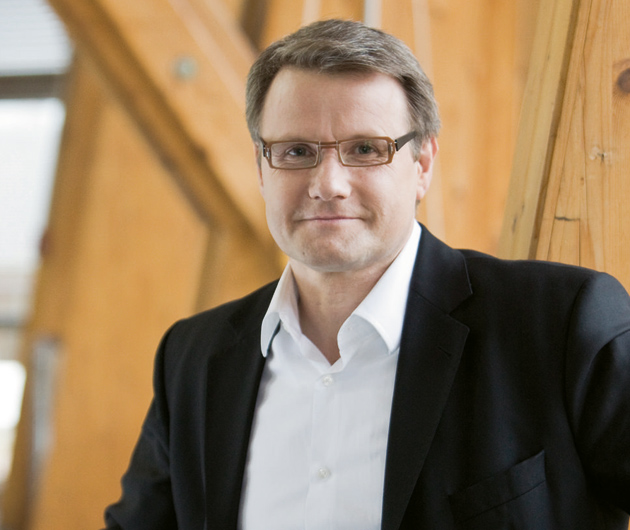 Wilkhahn has above all impressed us with its advanced model of management – a culture that has continued to develop in this family-run business from the middle of the last century. Along with innovative products, the management of Wilkhahn has always set an example with its innovative management methods thanks to whom they have strengthened their inner and outer mechanism of work especially during the 70’s when German production started to move into countries with a lower labour cost. In other words, in January 1970 Fritz Hahne has published a plan regarding the division of profit (in the amount of 50%) with his employees. This way he increased the motivation of his employees who became even more connected to their company and its products, insuring their quality. Other German companies were forced to move their production facilities into countries with a low labour cost where it was much harder to maintain the level of quality, increasing the risk of losing customers and markets. At that time, this move was more leftist than even the trade union could have imagined. Wilkhahn’s employees, as sleeping partners, own shares in the amount of 3.5 million euros now. 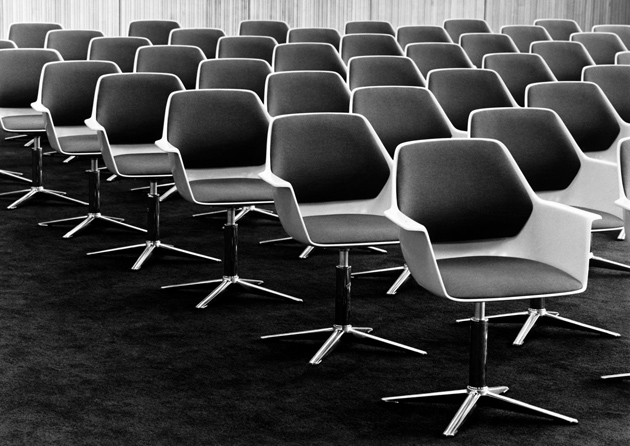 The narrative of Wilkhahn is inspirational as well as instructive, and its DNA and strength are its people – employees who make decisions based on arguments and not on positions in the hierarchy. The interaction of all departments generates new experiences of future products, guided by the idea of quality. It seems as if Wilkhahn follows the idea „first change and apply on oneself, and then change the world“, and founds its culture on transparency, openness, stimulation of human resources, a high level of expertise, responsibility and dedication. These values are only declaratively stressed by the corporate communication departments of many companies, while they are being implemented with discipline at Wilkhahn. This makes Wilkhahn a premium company, a desirable and almost ideal place for professional development that is based on human knowledge and work. 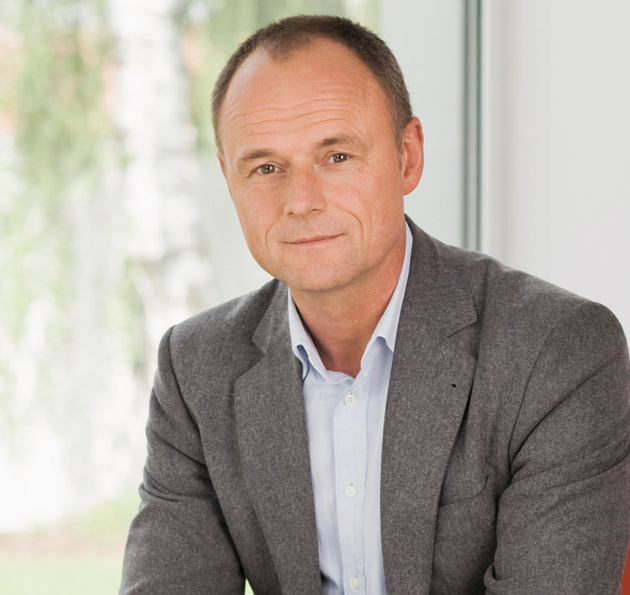 At the time when Friedrich Hahne and Christian Wilkening (1907) started producing chairs from beech trees from the nearby woods, they were no different from the other hundred producers in their neighbourhood. The only difference was the name of their company made of their surnames – Wilk-hahn. Their sons Fritz Hahne and Adolf Wilkening restructured the company after 1945. Fritz Hahne was the one to define the vision of Wilkhahn, and its work has been based on it ever since – to develop products with social and ecological responsibility. 70 years ago Wilkhahn has implemented sustainable development in its activities, becoming an early messenger of the Third Industrial Revolution.

Innovation through design based on vision

One of the major originators of this vision was the sixteen year long cooperation with the Ulm Academy of Design whose maxim was adopted by Wilkhahn: „Our aim is to develop sustainable products and increase its user value and decrease the expense of material.“ As a result truly revolutionary products were created in cooperation with designers Herbert Hirche, Georg Leowald, Roland Rainer, Jupp Ernst, Helmut Lohmeier and Walter Papst. Each one of them was the best and most famous designer in their own time. Not only have they created Wilkhahn’s successful products, but also company culture based on its design heritage. 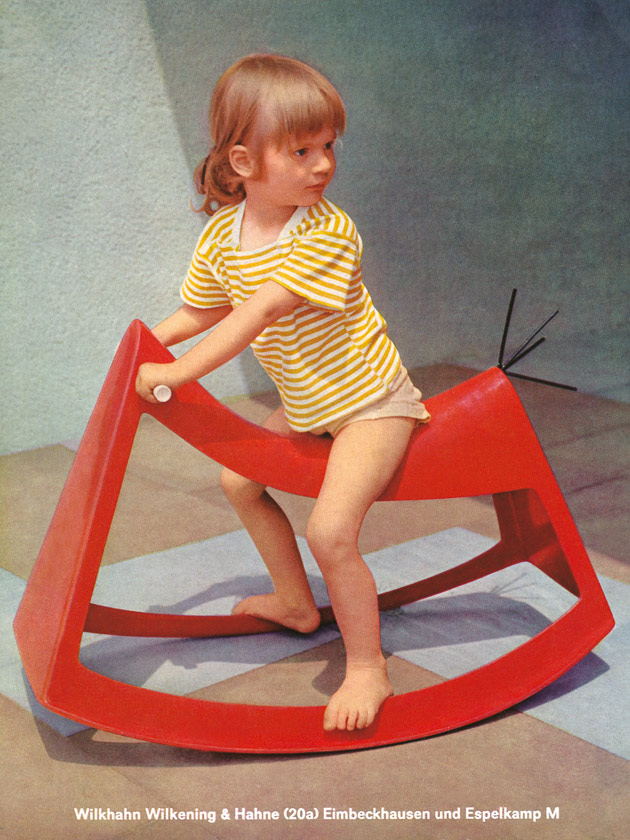 Let us single out an example of innovative design by Walter Papst – Rocking Sculpture, a rocking chair for children made of fiberglass, an innovative material at that time. Besides being awarded at the Triennale di Milano, Wilkhahn initiated the development of a whole new collection of children’s furniture. The Rocking Sculpture was being produced from 1961 to 1968 and was relaunched in a limited edition of 1500 pieces in 2007 to mark the 100th anniversary of the company.

The German Design Council awarded Fritz Hahn with the Federal Award for Design Leadership, intended to honour those who have rendered great service with regard to the role of design in Germany. This stresses the fact that design in Germany is an integral part of education, business culture, and for more than 60 years an integral part of the revitalization and rise of competitiveness of the national economy. 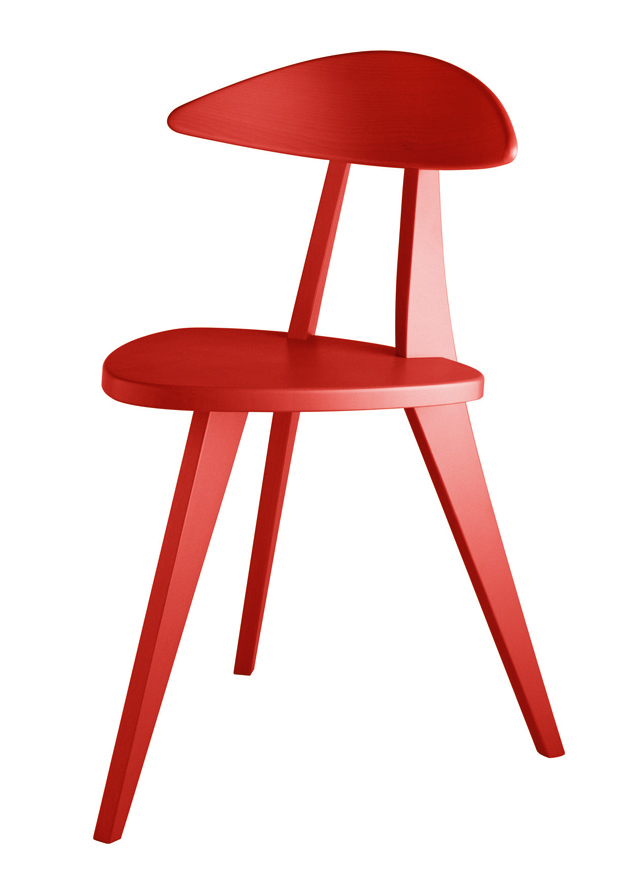 A sound mind in a sound body

Through the above mentioned cooperations Wilkhahn has gained knowledge on an efficient use of design and its potential that influences all parts of the company, as well as the necessity of an integral approach whose success can be shown in long-term plans. Through years Wilkhahn has proved that vision becomes reality thanks to continuity and commitment while building a corporate culture that leads not only to financial success but to social and cultural values.

From the beginning of the millennium Jochen Hahne successfully manages Wilkhahn in his own way based on corporate heritage: „Heritage and tradition does not imply taking care about old buildings, but obliges one to set new standards. Corporate culture must constantly develop, as well as the rest of the world“.

The shifting of borders in practice means broadening the methods of production and Wilkhahn does this through cooperation with other companies – suppliers. This way Wilkhahn doesn’t commit oneself to certain materials or technologies, but enables innovation. You can read below how this is done at Wilkhahn.

How and when does design happen at Wilkhahn

The higher management practices transparency in cooperation and oppeness towards innovative solutions, stimulating professional development of human potentials. According to Burkhard Remmers, precisely the aspiration towards the new, the capability to think outside the box, pared with exceptional expertise and dedication present the DNA of Wilkhahn’s success. Without openness towards the new, towards change, there is no place for design.

Wilkhahn had its own design department till 1985 when Fritz Hahn applied another innovative decision – he hived off the department and started cooperating with the design studio Wiege who had the freedom to continue working with other clients as well. This way he secured their dedication and the possibility to acquire new experiences in other fields of design, important for the development of design expertise. In January 2011 Michael English, manager of the studio Wiege, was appointed head of Wilkhahn’s design management team which was responsible for research, portfolio planning, method development and criteria. Its work is reflected and discussed in the strategic brand management panel, just as the marketing, communications and sales strategy is. This ensures that every important suggestion will be integrated in the development at an early stage and that traditional thinking will be banned, although development does not start with a new product, but with a new idea: It’s not about a chair but about better sitting, not about a new table but about encouraging interaction between people. 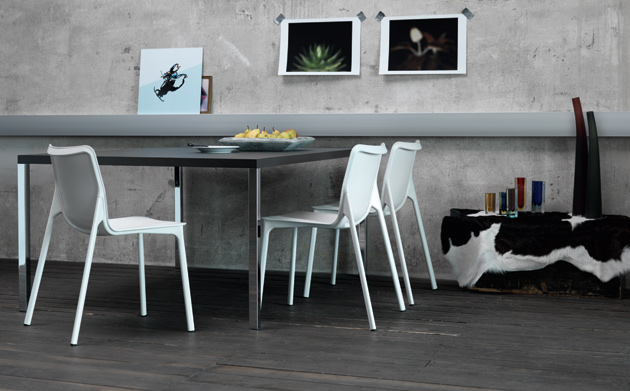 After defining the vision about routes, Wilkhahn cooperates with designers outside the studio Wiege team. That is how the idea about the creation of a universal chair that would fit into the office as well as a home ended up with Stefan Diez. He developed a completely unexpected innovation for the production of the chair Chassis, using a method from the automotive industry. You can find more about this topic here (Led by the innovative mind).

The production of the chair Chassis began in the last quarter of 2011, and the demand has already exceeded the production possibilities. Chassis was proclaimed Best of the best in the category product design by Red Dot in 2011, while the jury (the most important American editors of magazines on architecture and design) at the ICFF (International Contemporary Furniture Fair) in New York proclaimed it the best chair, at last Chassis was also awarded with the German Design Award and was part of the Designs of the Year 2012 selection in the London Design Museum.

„Chassis is highly innovative, with a fascinating form, functional and comfortable, it offers a wide range of uses, and is at the same time eco-friendly – isn’t that what it takes to become a bestseller?“ – proudly stresses Jochen Hahne, CEO who makes and obviously knows how to make bold and right decisions about everything, including design.

Why do Wilkhahn and other market leaders invest hundreds of thousands even millions of euros into design? Every company with a continuous and intergral approach to design has developed criteria how to measure the return of investments into design. The investment in tools to make the parts for Chassis cost over 750,000 euros alone. There are several aspects regarding ROI at Wilkhahn. The aim is not only to make their shareholders rich, but to produce useful and attractive products which otherwise wouldn’t exist. Most of the profit is invested into the on-going development of products like ON or Chassis, the development of Wilkhahn’s brand and market share.

„The promotion of Chassis, almost one year before the production, has given us a huge amount of media presence, increasing the attractiveness and prominence of the brand. New target groups were attracted and new business fields. Besides, we are sure that Chassis will be a success on the market. At the end of 2011 we received an order about 4,800 pieces for a customer in Australia! But if a narrow-minded view were applied to the ROI, products like Chassis would not exist. Nor the highly innovative chair ON which became a global bestseller in a very short time (2 years) and accounts for 35% of  sales.” – says Burkhard Remmers.

Even in times of recession Wilkhahn thinks and invests in long time frames. This is what makes true innovations and sustainable development possible. And this approach pays for itself in times of crisis too when they buck industry trends, and set new standards. 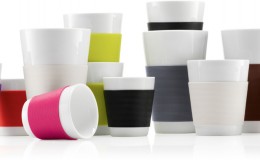 Translating design value into numbers – an interview with Peter Zec 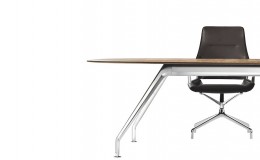 Exquisite design for the Board Rooms – Graph chair & table 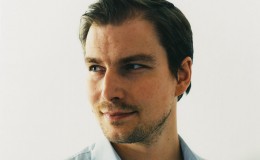