Like an exclusive cruiser Hotel Lone is almost dramatically anchored in the Lone bay amid the century old Mediterranean forest park Golden Cape in Rovinj (Croatia). The surrounding atmosphere of the hotel was selected as the hotels’ signature visual element and has defined all aspects of the hotel’s interior. Maistra hotels have accepted daring concept of a design hotel from the architectural studio 3LHD, a concept which is in rather stark contrast to the generic architecture common among the tourist management.

The extraordinary architecture of Lone is accomplished through contrasts – black-white-wood, most obvious in the horizontal lines on the facade, terrace guards that resemble slanted boat decks. Every aspect of the project reflects the story on local identity told by architects, product designers, visual artists and fashion designers. 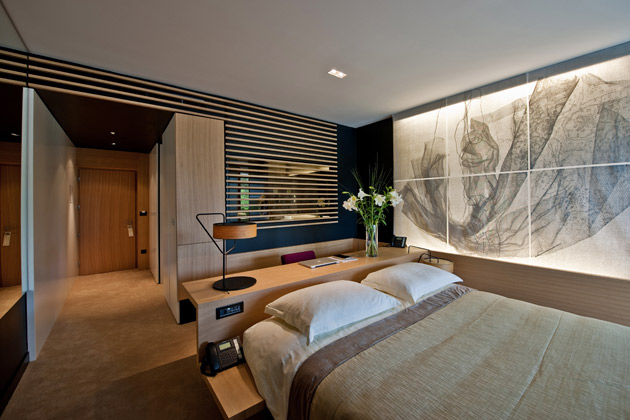 One of the important results of this cooperation is the incorporation of a furniture series by Element (a Croatian design brand). It consists of already completed products and a newly developed series for hotel Lone – lamps, deck chairs with sunshades and folding lounge chairs. Element’s DNA is therefore naturally integrated into the architectural concept whose mission was to create the hotel’s identity including originally designed furniture.

How Lone was conceptualized

The investment company Maistra (CEO – Tomislav Popović) invited tenders in 2006 and chose our project and its main theme – the interweaving of public area and interior. The conceptual premises in designing the hotel and creating the interior was inspired by the 20th century hotel arhitecture on the Adriatic.  Based on studies of the terrain and the wish to have quality views from all rooms the specific Y shaped ground was designed with a  central vertical lobby that make the guests feel comfortable all year round. Rooms with no sea view have a view on the beautiful forest park Monte Mulini which makes the location so unique. The hotel facade that narrows upwards is based on the wish to make it as interweaving with its surrounding as possible. That is why we have used various reflective surfaces on the ceilings and walls to draw greenery into the interior.

When did the idea come up to turn Lone into a design hotel? Was it part of the investor’s briefing or your own suggestion?

This is a very interesting question. Hotel architecture as part of the tourist managment is completely at variance with contemporary world trends in architecture and you will hardly ever find an investor who is ready for such a step forward. That is why the relationship with clients regarding hotels and tourism is very complex. 98% of hotels built worldwide promotes architecture and architects the world architecture scene has rarely heard about. 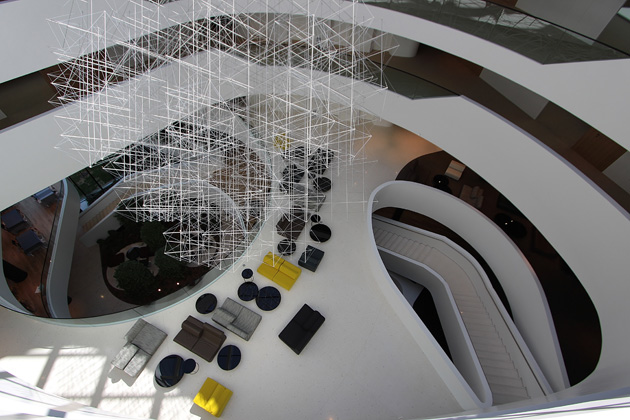 When you find yourself surrounded by tourism managers who talk about examples that are completely unknown to you, the only way is to refer to a niche that is known to all of us – DESIGN HOTELS – and everything that was done by Ian Schrager and Philippe Starck in the hotel industry. Thanks to various examples from this collection of hotels we have explained the investor what kind of product we would like to create and together chose the course we will take afterwards.

Besides the lack of production, in other words, the lack of idea realization, Croatian design lacks hotel management that distinguishes the value of unique designer products made for Croatian tourism, from similar objects created and offered on the world market. Indispensible is the linking up with domestic production, and even more important are the tourism managers who should recognize the potential and realize that no recognizable tourist destination can be created without investments into identity. One cannot import generic design, no matter how good it may be, only the local can become recognizable and offer a unique experience. 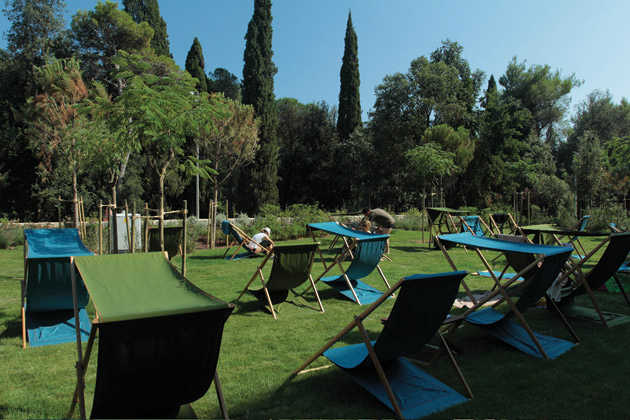 That is why our approach was somewhat „guerilla like“. Our ideas and convictions were breaking obstacles, old norms of hotel equipment and purchasing departments. Thanks to our persistence and the enormous energy of the Numen/ForUse group, as well as the understanding of the investor we were able to create originally designed lamps for every room at Dekor Zabok (Croatia), special folding armchairs for the terraces, deck chairs with sunshades from massive oak made by Element from Zagreb. These products made for Lone were later available on the market. This is how the building of a hotel turns into more than the building of a tourist object – it becomes a prime mover in creating identities of tourist products and developing the production of domestic design furniture –  which should be an example to all tourism investors.

Such an approach has generated more media attention than some other new hotels. A story was made that journalists could write about. The hotel board gained a much more subtle and cheaper way of promotion than via classic tourism advertising. 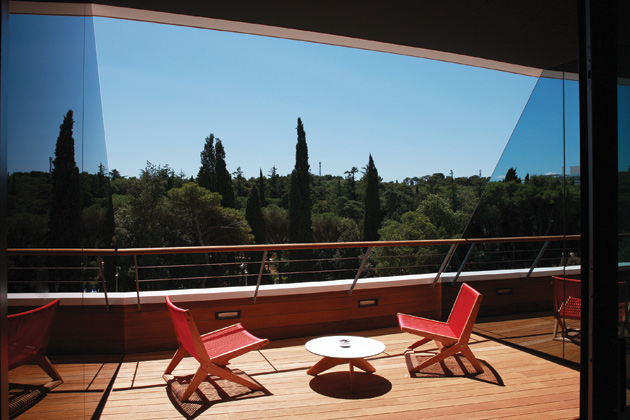 This is again one of your projects in which you engaged product designers for interior/exteriror furniture, Croatian visual artists and fashion designers.

Working at the 3HLD studio means working in a team, and not relying on the ingeniousness of an individual. Being an architect is similar to being a movie director or producer. An interdisciplinary approach always offers an advantage for the final product, the only flaw is if the team cannot handle this.

The majority of out projects (Bridge HB, EXPO Japan/Spain, Split Waterfront, Zamet Center, Zagreb Dance Center…) includes a great number of cooperators, individuals with various professions, spheres of action and affinities. That is how we created hotel Lone, instructed by experiences from the 1979s and the very successful cooperation between architects, product designers and artists. This is not functional according to the principle „the hotel is built, let’s choose the paintings for the walls now“. All of them were involved into the creating process. While still drawing up plans we were joined by Numen/ForUse, a group of product designers who have designed most of the already completed design furniture as welll as furniture specially designed for the hotel. 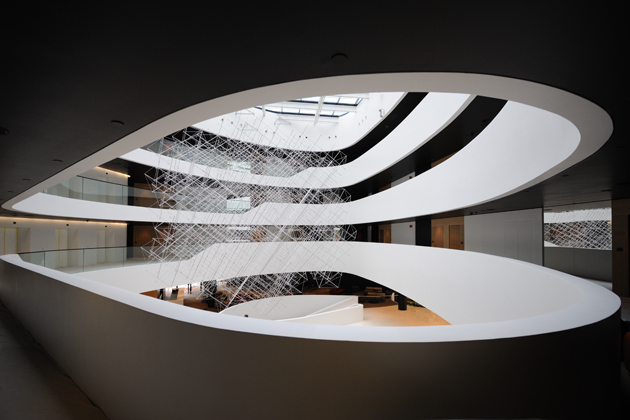 All fabrics and textile objects at the hotel were chosen by fashion designers I-GLE, and the investor hired them later for the designing of staff uniforms. I-GLE has created 3 installations made of fabric for the lobby, and there can be found two other artists – Ivana Franke, author of the hanging sculpture Room for running ghosts and Silvio Vujičić, author of the installation In the hanging garden no one speaks – a green wall, a bio-machine with plants and a selfsustainable watering system. Silvio is also the author of a series of prints on textile that hang in every room, and are the result of the research of frescoes in Istrian churches from the 14th and 15th century inspired by the ornaments on saints’ garments. The landscape design was done by studio Kappo, and the wellness center by Studio 92. The advertising agency Bruketa&Žinić conceived the visual identity of the hotel, and the musical background heard every day in the hotel was composed by the creative artist Zvonimir Dusper Dus.

Next Designing Sensibility for Users - an interview with Erwan Bouroullec 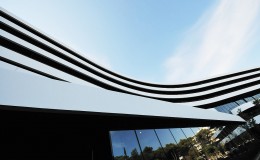 The Best designed European Hotels in 2012