„The story about toys Somewhere City was born one day on a hill beside the sea. That is when I drew the first 400 different characters. The time had come for them to leave my pen and land on paper!" – illustrator and designer Goran Lelas describes the beginnings of the brand.

This was the beginning of the first globally successful story about product design by a Croatian designer who, thanks to himself and his work in Milan, New York, London and Zagreb succeeded in realizing it with MoMA New York. The curator Paola Antonelli gave him five minutes on their first meeting and he stayed with her talking for one and a half hours. His idea was instantly recognized and the production was handled in the following two days. A cooperation with the distinguished company for toys STRANGEco was arranged. In 2008 STRANGEco released a special series of collectibles titled Somewhere City, designed by Lelas and co-branded with the New York Museum of Modern Art (MoMA). 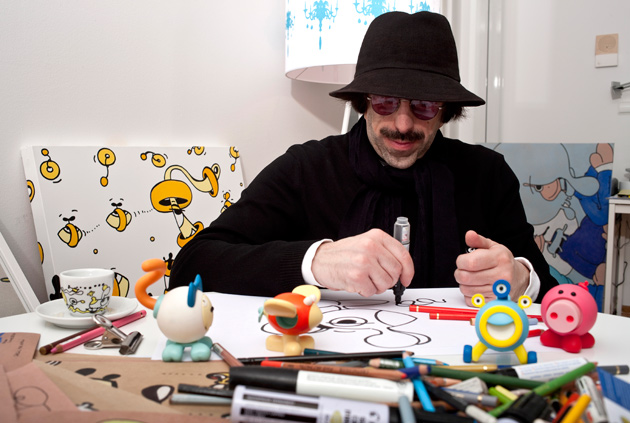 Featuring both plastic toys and plush dolls, Somewhere City contains interchangeable pieces which makes them ideal for adult collectors and kids alike. Somewhere City is a flying city who constantly travels from one part of the planet to the other changing the arrangement of streets and houses so that everbody becomes everybody’s neighbour at least for a day.

Inside the gates of Somewhere City you will find an imaginary labyrinth of pure play, where everything is constantly changing. Somewhere City’s motion is fueled by the “Secret Thought” of its wonderful, positive inhabitants. Everything floats in this City – houses, street lamps, even faces. 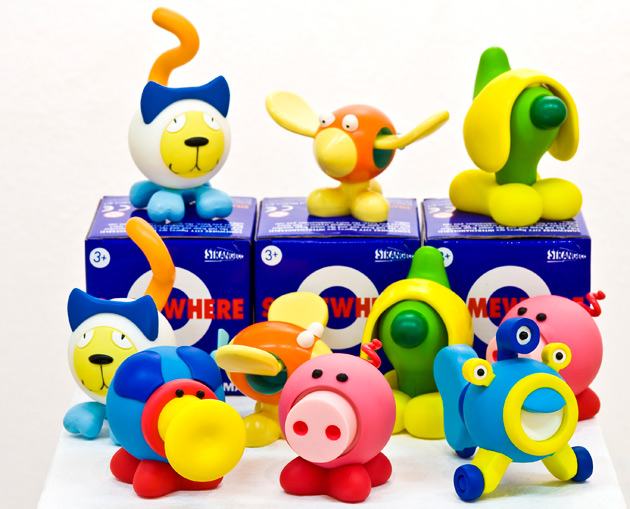 Many situations the characters find themselves in are taken from the life of the designer who loves to fly, loves the sea and dogs, while the dog Club resembles his character the most. The  toys have even participated in the theatre production at the Croatian National Theatre (Rijeka) in Croatia, while with a team of assistants Goran Lelas is currently creating and writing a script for the TV show Somewhere City that should be broadcast on one of the American TV stations.

„Industrial design doesn’t exist without production, and in Croatia there is not only a stagnation in production but no interest in creating new things. I believe the reason is taking the path of least resistance or indifference. In Italy design is like coffee, water and air, a completely normal and desirable thing because Italians know that production cannot survive without creativity and inventiveness. When talking about America, I always think about New York. New York is a city where at the sam time everything and nothing is possible, a city of new realizations, of energy and wind.“ – stresses Goran Lelas.

Croatian-born Goran Lelas is an accomplished designer whose magical style spans fashion, illustration, children’s literature, product and costume design. After his beginnings in the Italian fashion industry, Lelas has developed a signature aesthetic that he uses in sculpture, apparel and shoe design. Lelas has also created highly detailed costumes and puppets for theaters and operas, including the special production of Mozart’s The Magic Flute in his native Croatia. His work has been published in Vogue Pelle, Vogue Bambini, Casa Vogue, Glamour, ID Magazine, The Shanghai Daily and The New York Times.