Design Hostel Goli&Bosi in the Croatian city of Split was built in a mere hundred days as “a spontaneous reaction to the hyper-production of shopping malls and a flood of accommodation lacking character “ – stressed out its investor Ante Kotarac.

In a tourist destination where accommodation capacities are a daily challenge, and new hotels in the city center offer unavailable and staggeringly high prices for overnight stays, the fact that a Hostel was built at one of the most attractive places sounds virtually unbelievable. Architects and developers had to transform a one-time multi-storey department store into a design hostel. In a relatively short period of time, the investor Ante Kotarac and the architectural duo Pelivan Plejić from STUDIO UP and designer Damir Gamulin, without much ado and media build-up, succeeded in creating something that has the potential, location and concept to provide the City of Split with a completely new character. 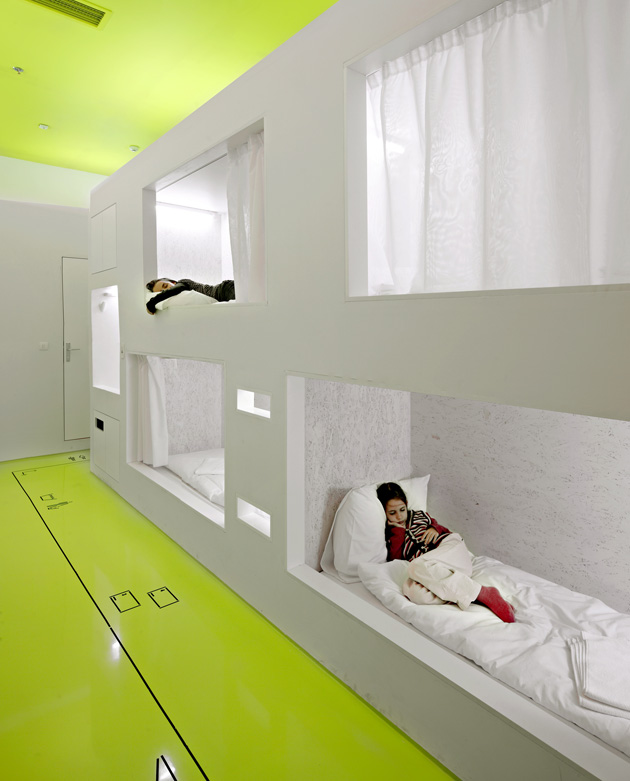 Room interior at Goli&Bosi by STUDIO UP architects.

At the beginning of the century, the building of today’s hostel, a secessionist structure on Morpurgova’s Poljana just below the Split fish market, was turned into a department store. Ten years later, early last year, investor Ante Kotarac, the twenty-five-year-old son of the Split entrepreneur Zvonko Kotarac, came up with the idea of a completely different approach to tourism in Split, the design hostel. 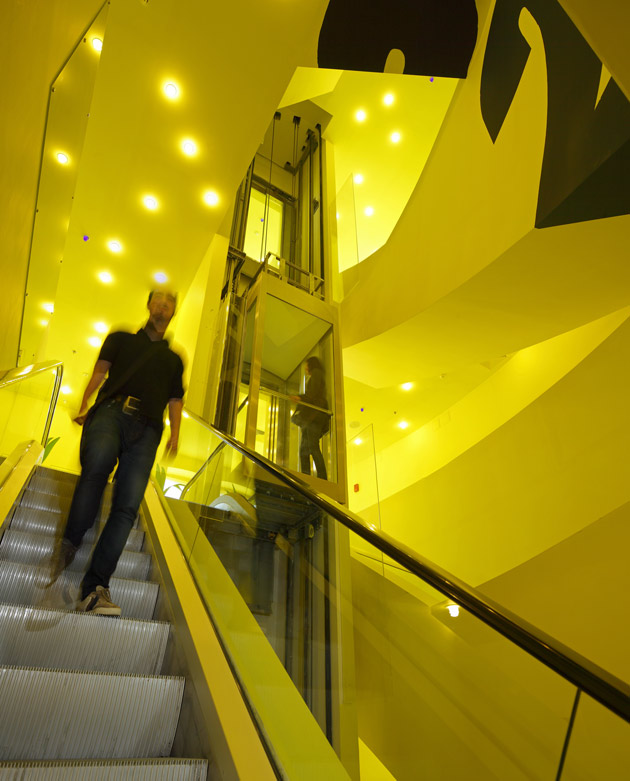 Interior at Goli&Bosi by STUDIO UP architects.

The communications within the facility, escalators and a panoramic elevator are department store elements that were kept and which dominate the center of the building, while the retail and storage spaces of the one-time department store have been remodeled and filled with a system of walls that contain all necessary accommodation functions a hostel requires – beds, showers, sanitary facilities.

The recognizable narrative visual identity with its prevalent bright yellow color is occasionally “broken” with signs in black, visuals created by Damir Gamulin in cooperation with Nenad Vukušić, the copywritwer. Instead of ordinary hotel signs and room numbers, signs represent Split’s history, the rooms are named after important historical and cultural dates as well as significant dates that represent sports events important to Diocletian’s city. 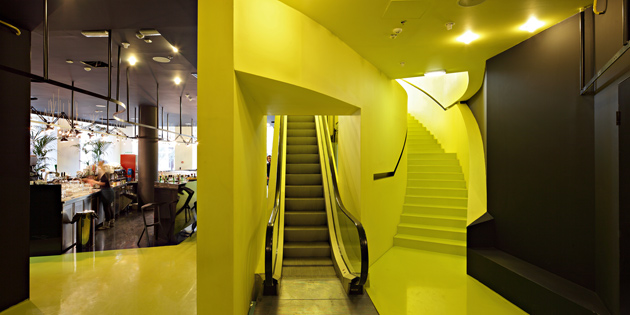 Investments into this Design Hostel proved justified very quickly in 2011 when Goli&Bosi has been selected as the second best hostel in the world according to Virtualtourist.com, based on recommendations from The New York Times, CNN and The Guardian as well as tourists! Goli&Bosi had a tough competition – hostels from New York, Rome, Australia, Brazil and New Zealand. No advertising campaign can buy the position and description of the Split hostel Goli&Bosi on the list of the TOP 10 hostels in the world.

“If you are looking for a hostel to boast, but that also gives you stylish and modern experience, you simply have to try Golly&Bossy, design hostel in Split. This renovated department store provides a unique and futuristic atmosphere, because you unlock doors with smartphone applications, then retire in a private capsule for sleep. Vivid colors, modern architecture and a restaurant in the hostel draw Croatia on the map of world hostels.”

The hostel has 29 rooms, i.e. 138 beds, a small amphitheater, common rooms on every floor, while the café and restaurant De Belly are located on the ground floor. 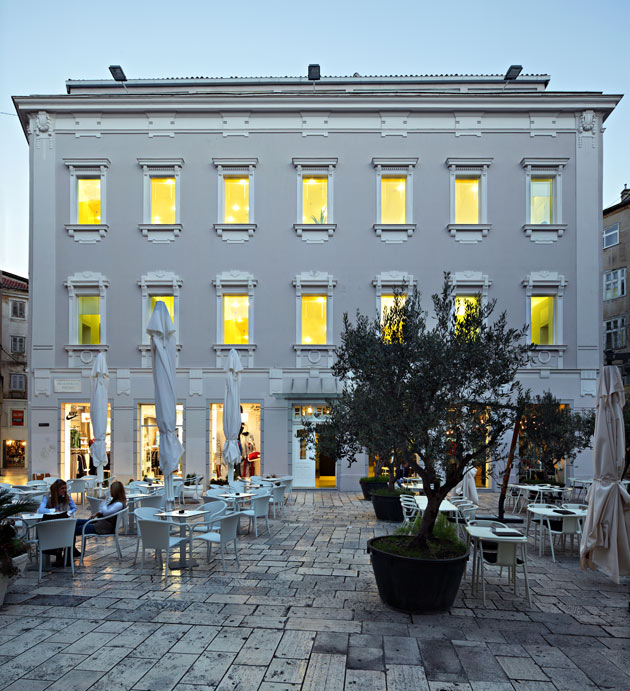 The building of Goli&Bosi is located on Morpurgova’s Poljana just below the Split fish market.