Known as a „workshop for peace’, UN North Delegates' lounge has been recently redesigned by Hella Jongerious in collaboration with Rem Koolhaas, Irma Boom, Gabriel Lester and Louise Schouwenberg. The lounge has been originally designed by a team of architects including Le Corbusier, Oscar Niemeyer and Wallace K. Harrison 62 years ago.

Already in 2009, the United Nations launched a large-scale renovation project of the North Delegate’s Lounge located on the second floor of the U.N. Conference Building. 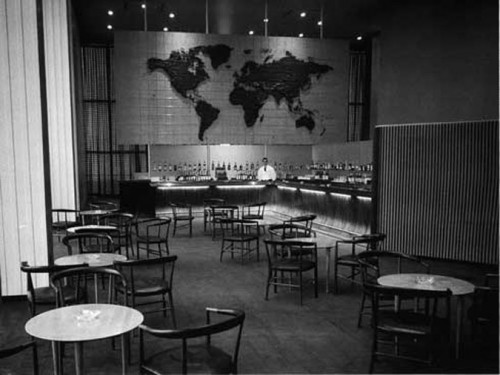 The design and furnishing of the original space is credited to the Harrison & Abramovitz, with particular leadership by Abel Sorensen within the firm. At its innauguration, and for many decades to follow, the lounge featured contemporary European furnishings by designers Hans Wegner, Jacob Kjaer, Peter Hvidt, Orla Mølgaard, and Nanna Ditzel. (Courtesy UN).

At the request of the Dutch Ministry of Foreign Affairs, Hella Jongerius formed a team (Rem Koolhaas, Irma Boom, Gabriel Lester and Louise Schouwenberg) to redesign the lounge and bring it into a new era. The whole project is a gift from the Netherlands to the U.N. 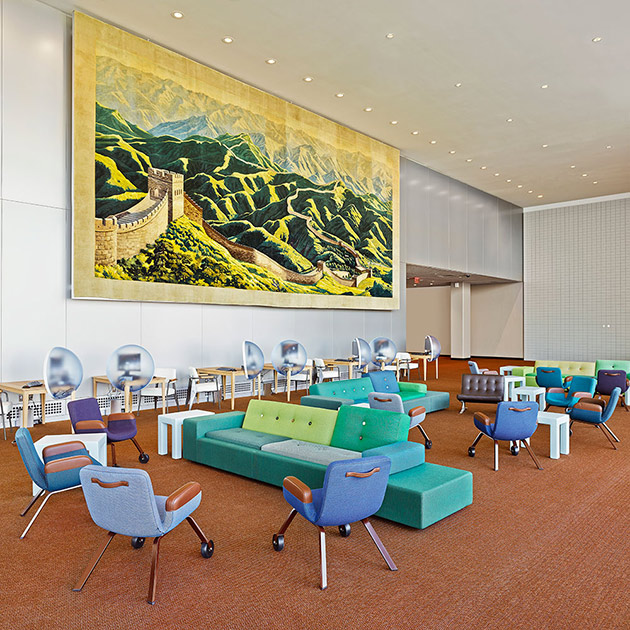 The task of the design team was to create a space of both comfort and professional informality. 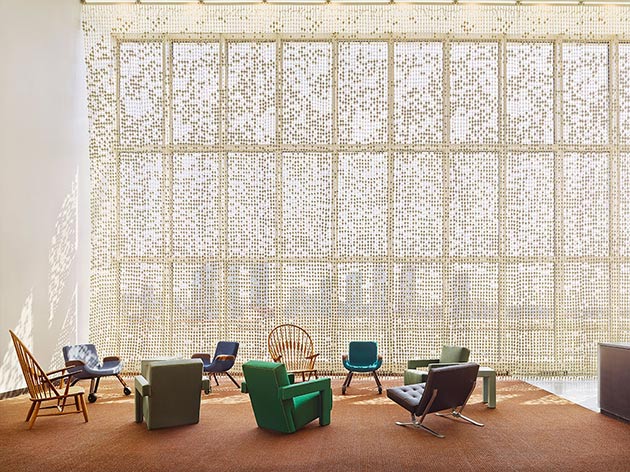 The design team carefully edited the history of the space, retaining some of the iconic scandinavian designs and creating a new perspective on the works of art already on display. Photo: Frank Oudeman. 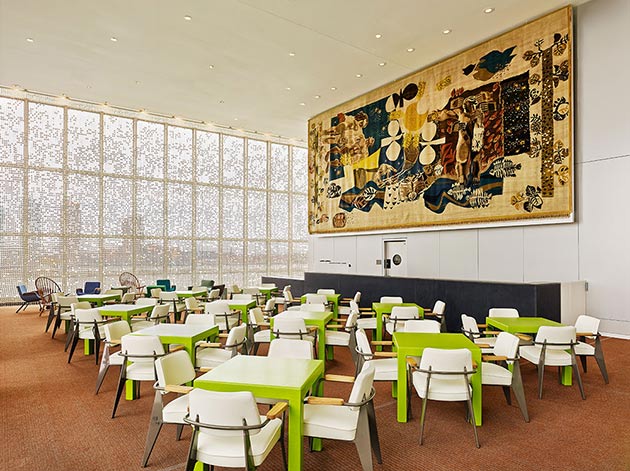 Rem Koolhaas has removed the mezzanine that had blocked the view of the East River, thus restoring the open architectural space. Photo: Frank Oudeman. 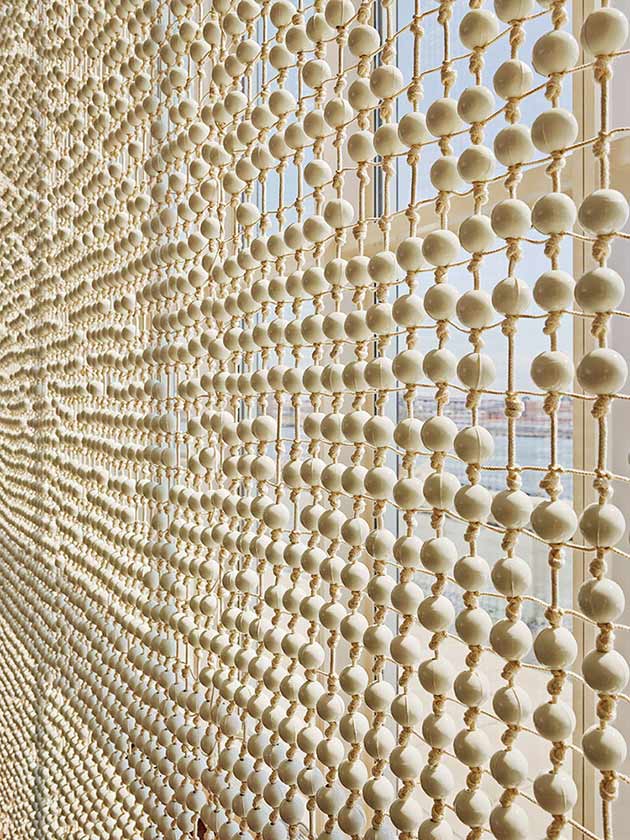 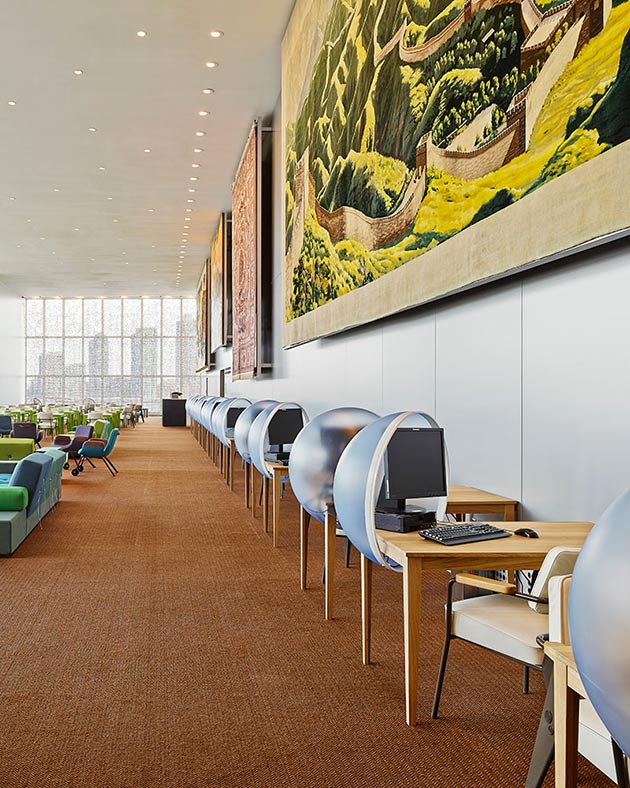 Jongerius designed two new pieces of furniture for the lounge: the Sphere table (on the right) and the UN lounge chair, produced by Vitra. Photo: Frank Oudeman.

Hella Jongerious was also responsible for revitalizing the colour palette, selecting the furniture and designing the cradle-to-cradle grid carpet.

The lounge is officially opening on September 25, 2013 by Queen Máxima of the Netherlands and the Dutch Minister of Foreign Affairs, Frans Timmermans, in the presence of Ban Ki-Moon, Secretary-General of the United Nations.